So much stuff! So many emotion!

We arrived Monday afternoon, around 4, after a lovely flight with air Canada. Me and Wombie had taken full advantage of the free booze and in - flight entertainment. 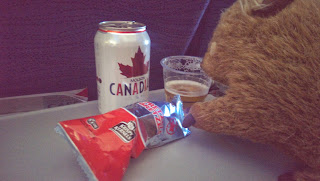 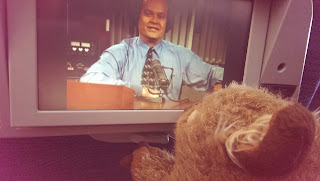 We asked around how to find our way to ashujuban (or something) station where our friend and accommodations were waiting. We were exhausted but excited. We found our way to a train and boarded, without even seeing the sky outside. By the the time the train departed and got us outside, it was dark out (around 5ish?). Was really kind of bizzare seeing it dark out. Not much to see out the window at all.

The train just kept going and going. After getting quite worried because we couldn't find any of the stations we were stopping at on our map, we arrived at where we were supposed to change. About half an hour late for our rendezvous with Keir already. If only we could find a way to let him know? Free wifi perhaps? We *are* in the technology capital of the world...  NOPE. NO FREE WIFI. AT ALL. Hell, everyone uses flip phones here like it's the90s.

Turns out we got a slow train rather than an express. The lady that directed us seems to have assumed we wanted dirt cheap rather than reasonable speeds. Whatever. We got there and eventually got a message to Keir to let him know we had finally arrived. Good times. We stopped for some draft beer and for the first time felt like we were in a whole new, exciting, colourful, brilliant place.  Then we crashed on Keir's floor. Crashed hard.