There's something about travelling (at least in Ontario) that requires a stop at Canada's favourite mediocre coffee chain for cheap coffee and dounuts. Regretting the sugar soon after is not a requirement, but it adds to the experience. Unfortunately Cam can be extra chipper in the morning while I'm left grumbling until the coffee starts working.

Toronto's union station can be a mess to get through even if half the building isn't under construction. Three different train services converge in the middle of the city with the main stadium on top. There are so many people arriving from within the city and province that it's difficult to get up some staircases. At least the Toronto Maple Leafs' mascot,  Carlton , was a source of amusement as he wondered through the rush hour crowd.

If you ever take a train from union station to Montreal, you'll be stuck watching the boring southern Ontario landscape go by. There's free wifi, but it's easier and faster to use my phone as a hotspot. I'm pretty sure the British tourists behind me keep on referring to Toronto as the capital. It's not, but if this train doesn't hit a bus that ignores the crossing signals we'll be in the capital briefly. At least Wombie is entertained by the train.

My posts will be less negative soon. 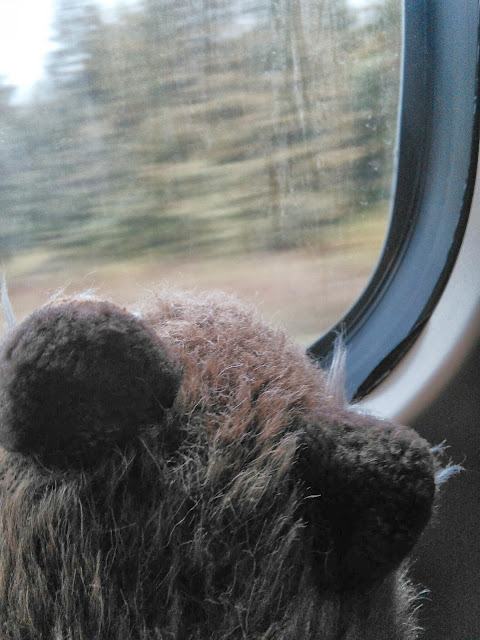